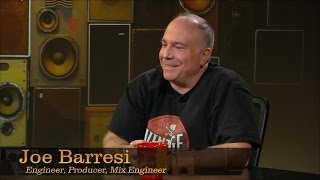 Check out this Interview with Joe Barresi 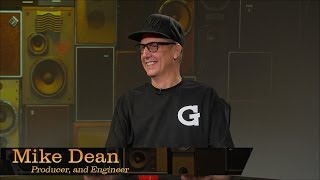 Mike Dean is one of the most innovative Producers in the Hip Hop world and beyond!! Check it out!!!

Key Roles Within the Recording Studio

When a recording artist or band is ready to record a single, they are often anxious to get into the studio to lay down their tracks. While one of the most important roles in the studio is the recording engineer, many different people make up the entire team that creates and produces the music.

Here is a list of who they are and what they do.

The Artist - The role of the artist covers everything from the writer of the songs, to the singer, and the musicians.

The Musician - These are the people playing all of the instruments needed to create the songs sounds.

The Assistant Engineer - In a commercial recording studio, the assistant engineer is the right-hand helper to the lead engineer. They usually take care of the more mundane set up and jobs during the recording session.

The Producer - The main job of a music producer is to work with the artist and musicians in the studio, and to help them in the creative process of recording their music. They’ll often assist with arrangements of tracks and instrumentation of songs as well.

Learn more about how to study audio engineering and become a recording engineer at Apprentice Academy, a leading school for sound engineers located in the Nashville area. Call (615) 570-3030 for more information.